However, what happens in the U.S. usually has some impact on the Great White North. Sure, we seemed to weather the storm much better than the Americans did during the Great Recession, and our friends to the south have a lot going on right now. So, what does all this economic stuff mean to Canada or even the Toronto real estate market? Well, even top economists are a little unclear on that, but here’s some of what they have to say about the situation.

According to BMO Capital Markets, Canada is going to “skirt recession.” This does come with some caveats, however. There could be slowed growth despite issues on a global level such as “low productivity, high personal debt and worries about consumer confidence.” Despite these issues, BMO’s Michael Gregory doesn’t see it leading to a Canadian recession, which is good news for Toronto.

“We do think the worst effects of this trade war will probably be felt around the turn of the year,” Gregory says. “We don’t look for further escalation. We don’t think this is going to happen, in which case we’ll get a little bit of easing (in the economy), but that’s it.”

As Canada’s population continues to grow, it is energizing residential construction. This is good from both an investment and a productivity standpoint. “We do have a little boomlet going on in Canada via immigration. That is creating fundamental demand for housing,” explains Gregory.

But once again, record-high levels of consumer debt could negatively impact the Canadian economy, since the U.S. is actually seeing lower debt. Gregory is uncertain on the real estate front, wondering if we’ll see things stabilize and if there will be continued weakness down the road. So, it’s unclear even to some experts.

Consumer confidence can lead to people and businesses pulling back. If this happens, it could still lead Canada into recession. “But we still don’t think that’s going to happen,” says Gregory. “We think we are going to grow, and interest rates are going to be low forever.”

Meanwhile, the ongoing U.S. and China trade war will have an impact on Canada. The latest round of trade talks ended with the U.S. saying it would suspend a tariff increase on Chinese goods. This was based on what Trump deemed a “very substantial phase one deal.”  According to Greg Taylor, chief investment officer at Purpose Investments, investors could face disappointment if meetings go poorly.

When looking at foreign investment in Canadian commercial real estate, there was a drastic drop of 70 per cent, according to Altus Group Ltd. This was due to a shortage of large portfolios available in the first half of 2019.

Institutional investors favoured urban top-tier office buildings and rental apartments are low in inventory in Canada. This means price expectations for sellers might not align with what buyers want to pay. Combined with concerns about the global economic slowdown, investors are taking a more cautious approach.

However, there are some major Canadian deals pending that will see numbers rise.

Canadian Real Estate and The Economy

According to Canada Mortgage and Housing Corporation (CMHC) in September, there was a 2.5-per-cent decrease in the seasonally adjusted annual rates of housing starts from August. Some economists see this as yet another sign doom is looming.

“While we could get some growth from real estate agents fees and renovations, the pop in GDP growth we got from housing in Q2 is likely to be less vigorous in the next couple of quarters,” Avery Shenfeld at CIBC Capital Markets told the Financial Post.

Housing offers growth in what could soon be a challenged economy. LEI author and Munk Senior Fellow Philip Cross told the Post, “Though the housing market remains the main source of growth in the economy, August’s numbers paint a less optimistic picture than recent months.”

“The effects of the turmoil that took hold in the global economy over the summer may not have fully materialized,” says Cross. “Canada may yet experience a more protracted economic slowdown.”

How all of this ties together is still a little foggy. But maybe what makes more sense is to focus on the Toronto real estate market. Converging prices of semi-detached units, condominium apartments, and townhouses are showing markets are approaching equilibrium. According to Benjamin Tal, the deputy chief economist with CIBC World Markets, the correction in low-rise housing is over. Buyers are coming to the market, which is evident in rises in sales and prices.

Tal says Toronto prices are finally where they should have been. It looks like the market will see long-term equilibrium with September 2019 sales looking much like they did in September 2014 and 2015. Toronto housing prices are providing to be resilient over the past five years. And let’s not forget that declining interest rates have helped the housing market recover. Fingers crossed we won’t see a rise in interest rates next year. 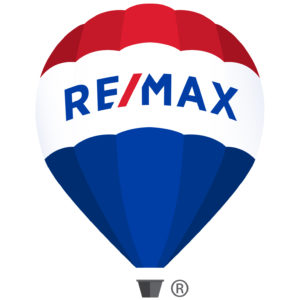 For over 20 years RE/MAX has been the number one real estate organization in Canada, and continually has the number one market share in virtually every region. RE/MAX has always believed in staying on the forward edge of the real estate industry, adopting and adapting the latest technology and creating innovative marketing and productivity programs.

PrevPreviousBreaking Down the Housing Debate
Next5 tips to sell your houseNext